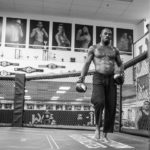 One of Calgary’s most sought after festival and annual affair is none other than The Calgary Stampede. Not only do home-grown Calgarians hold this event near and dear to their hearts, it is literally one of Calgary’s staples. The fandom of this awesome event is certainly not limited to Calgarians though, people of the world literally fly all the way out from the comfort of their homes JUST to watch the parade and hang out at the festival. It’s quite surreal. I went in July of last year in 2015, personally. It was great! I think my favorite part of my experience was either checking out the animals (the donkeys are adorbs) or definitely the smoked meat stands (me being a foodie, of course.)

I understand some of you who may be new to Calgary (or perhaps are thinking of taking a visit or plan to move here) have never even heard of The Calgary Stampede. Allow me to fill you in on a little history before we highlight some of the most popular feats of the festival itself.

A man who went by the name of Guy Weadick was a successful vaudeville performer who travelled all throughout North America and Europe as a trick roper. Weadick had a vision of a world-class rodeo competition that would commemorate and honour the culture of the “disappearing” Old West. In March 1912 He finally arrived in Calgary to pitch his idea of a 6-day spectacle that would be entitled the “Frontier Day Celebration and Championship” which received support from four wealthy southern Alberta ranchers: A.E Cross, George Lane, Pat Burns, and A.J Maclean. Guy Weadick decided he would call this event the “Stampede”

The Stampede original opened up in September in the year 1912 (discovering this was insanely awesome to me… those grounds have seen a lot of action) and began featuring roping and bronc events that highlighted various competitors throughout the North American West. Women could also be found participating in the saddle bronc and trick riding competitions. Members of the Treaty 7 Nations participated in the events as well.

Due to the onset of an economic depression followed by the outbreak of the First World War, Weadick’s hopes of making the Stampede an annual event were dashed. But in 1919, the Big Four and Ernie L. Richardson, the Secretary of the Calgary Exhibition, called him back to the city to hold a Victory Stampede that would celebrate peace and the end of the First World War. Once again, the Stampede was a successful rodeo competition and western event.

In 1923, the Stampede joined with the Exhibition holding one event – the Calgary Exhibition and Stampede – in July. This was also the first year of the pancake breakfast, started by Jack Morton offering breakfast to visitors and locals alike from the back of his chuckwagon parked downtown. Within a few years, attendance broke 200,000 and the spectacle continued to grow into the Stampede we enjoy today. It remains a celebration of the Old West out of which Calgary grew and showcases the modern, multicultural and cosmopolitan city it has become. Like the Stampede, Calgary’s past and present are firmly rooted in the traditions of western heritage and values.

The stomping grounds of the Stampede have no shortage of rich history, and if you are interested in learning more, I encourage you to check out the link I provided above from which my information was cited.

As aforementioned, I would also like to highlight some special features that the Stampede grounds have to offer, should you decide to check it out. The Stampede kicks off with a parade the first day it is open to the public, which takes place through the streets of downtown Calgary. This parade is generally pretty packed every year during one of the hottest months of the year so don’t say you haven’t been warned, folks!

For those wondering about hotel accommodations that are closest to the area of the parade, I would suggest making bookings at the Fairmont Palliser, Calgary Marriott Downtown Hotel, or Hotel Le Germain Calgary. Most other downtown hotels are just a few blocks away from the parade route. Alternative options that are closer to the actual Stampede grounds might be hotels such as Wicked Hostels, Hotel Arts, City View Bed & Breakfast, City Centre Riverpath Bed & Breakfast or Calgary Westways Guest House.

Getting into the actual fairgrounds, there are tons of awesome rides for you, your friends, and loved ones in general can enjoy.In terms of food, stands range from anywhere between the spectrum of sickly sweet and delightfully savory. I know that when I went last year I had some of the best ribs in my life- but juuuust to give you an even bigger picture of what kind of food paradise wait in store for you; indulge yourself in a land filled to the brim with food items such as teriyaki chicken perogies, venison hotdogs, salted caramel deep fried-toffee, oreo churros, poutine corndogs, macaroni and cheese stuffed burgers, deep-fried ice-cream and so much more that you’ll just have to see for yourself, I suppose.

If you’re of legal drinking age I have good new for you, there is plenty a’ beer to go around. Perhaps the beer tent is your niche? I know that’s where you’ll be finding me next year!

I hope this post was as informative as it was enjoyable, and I hope to see you at Stampede next year. Write about your experiences in the comment section below! I’d love to hear from you.