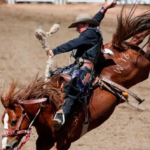 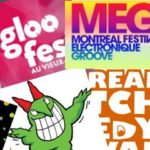 This is a post that nobody wants to write if they’re a fan of Jon Jones. Nevertheless, I feel the need to publicly express my disdain. I won’t pretend like I’m some long-time UFC fan as much as I am a recent one. Thanks to my significant other, I’m literally hooked. The first time we sat down and watched a fight together I couldn’t help but wonder where I’ve been all these years (clearly living under a rock.)

Regardless, UFC 200 passed last Saturday, as I’m sure many of you are aware. When they painstakingly announced that the main card featuring Jon “Bones” Jones and arch-nemesis Daniel Cormier was cancelled, thousands of fans were in complete hysteria (myself being one of them.)

I was really looking forward to this fight, and this is the second time this fight between these two particular fighters has flopped. I’m pissed.

I think what made the impact of the fight being called off was how much they were hyping it on TV, not to mention all of the footage of the fighters throwing shade at one another.

During the press conference regarding a failed drug test that was under further investigation, Jones breaks down and has to leave 2 questions into it starting, leaving his lawyer to cover for him. After some time Jones pulled it together, rejoining his seat at the conference, and proceeding to answer questions from the press. He eventually began tearing up halfway through, displaying heartfelt contempt for the situation that was presented at hand, trading his usual stoic stance in for a more authentic and disdainful one. I’ll admit that my heart goes out to him. At the time it was still speculative as to whether or not he was using performance-enhancing drugs or not, and even if the allegations were to prove true, I would still remain a devoted fan.

Jones was intended to fight Cormier in a re-match so that he may once more obtain the light heavyweight belt, regaining rightful status as UFC heavyweight champion. Thousands of fans were rooting for him, waiting in anticipation for that shining moment when Jones would beat Cormier to a pulp (or at least, we hoped) but because of his failed drug test that was taken on June 16th, the fight was no more and UFC shuffled the card, replacing Jon Jones with Anderson “The Spider” Silva.

Upon receiving this less-than-thrilling news, I decided to continue investigating this case, when I came across this gem of a rumor. According to Chael Sonnen (UFC fighter and mixed martial artist) Jon Jones takes estrogen blockers to counter-act the results of steroid use popping up in required drug tests (and of course to counteract the…well, shrinkage of his family jewels shall we say) and also put Jones on blast for a previous time when Jones used this method for this reason precisely. When USADA showed up at Jones’ gym to test him, he scrambled to hide under the Octagon. The drug testers waited around for 8 hours for Jones to show up to the gym, and he never did…  because he was already there, hiding under the cage. The rules are that if the testers could find you, you’d have to take their test on the spot. They sat down and waited around all day. This was before you had to report your location to them, it was right around when new testing procedures were starting to come into play but weren’t completely figured out yet. Naturally, USADA came to the conclusion that Jones would have had to use the bathroom while he hid, so they wanted to go under the ring and use forensics to test the floor for any possible traces of his urine. If that did transpire, and they found sample of urine on the floor, it would prove that Jones had been hiding under there. Apparently this was the reason that Chael was able to predict the outcome of the fight being called off.

When Jones landed in Albuquerque on July 10th he shared this photo on his professional Facebook page [right] with the below caption as follows (and I quote:)

“I’m grateful to be back home in Albuquerque, literally just landed. This rainbow was the first thing I saw while leaving the airport just now. It immediately made me smile on the inside. Notice the dark and gloomy skies around it? This rainbow gave me an instant feeling of hope. It represents to me beauty, light and gratefulness even in dark situations. It was almost like the image told me not to worry, that everything will be good.”

So in conclusion, I feel as though this string of events will definitely be a setback in Jon Jones’ career, but at the end of the day there’s no sense in shaming him more than he’s probably already shamed himself. I can tell how bad he genuinely feels, and I’m confident that after this he’s really going to take a hard look in the mirror and make some changes. Although I was disappointed, I do have compassion for him and his current circumstances. I have faith that this won’t be the last that we see of Jon Jones and that he will regain the strength and wisdom to continue pursuing his dreams.

At the end of the day, I’d like to believe everything happens for a reason. The pain he may feel now could be tomorrow’s strength.

Let me know what your thoughts are in the comment section below!

How to Join “The Mob’s Press” Today!