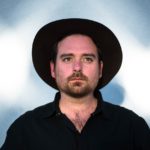 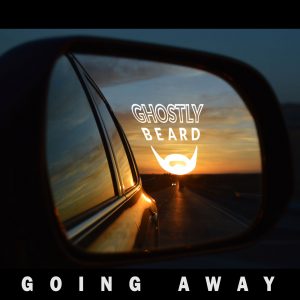 Having just released a new single entitled, “Going Away”, and set to unleash his new album, “Inward”, Ghostly Beard continues to create relentlessly meaningful and vibrant music. His passion and sensitivity spills over into his desire to help Indie artists unselfishly.

The new album promises to be multifarious, laced with a progressive, jazzy sonic theme. His new single is a positive rock influenced outlook.

I shared questions and answers with Ghost who sustains his anonymity for the same reason “The Voice” conducts their “blind auditions”. The mystery and intrigue that prevails is also an exciting adventure and challenge to those who wish to discover more about the artist, however his sensibility and kindness shines through…

You’re about to release your new album, can you give us a sneak preview
as to what the listeners can look forward to.

This one is pretty diverse again, but I think it’s more focused in terms of
style, which could be called classic/progressive/jazz/blues/Americana/soft
rock, eh eh eh! It’s more consistent in terms of sound and I think most of
the songs on this album could be singles (apart from an epic of almost 8
minutes long and an instrumental, which would probably not be a good fit for
radio airplay nowadays). I believe the album contains some of my best songs
to date, and I’m really proud of the production. So, I hope people will give
it a listen and like what they hear.

What inspired the new album, and does it have a concept to theme?

It’s not a concept album per se, but I think it follows the previous
releases and is a logical continuation. The first release was an EP called
“Infinite”, with a progressive-rock approach, and was much about life, time
and death, which might sound pretty grandiose, but there you go. The second
release, called “Invisible”, was very different, much more jazz oriented,
and was about love and obsessions.

But this one is somewhere in between, it really defines my own style and
sound and is more personal perhaps as it deals with feelings of loss and
being isolated in the modern world and some deeper feelings in general,
which is why it’s called “Inward”. They are all In-something which in my
mind was because they are somewhat connected.

Let’s back up a bit and talk about your latest single… We’ve spoke
about it before but remind everyone how and why you wrote it.

The song is called “The Love in Your Eyes” and it could be understood as a
regular break-up song. It’s fine that people might hear it like that, but
it’s actually about my mother, and about that last time I saw her… I’m now
living in Canada, but she was still in France (where I come from), and I was
visiting her a few years ago. She was in a retirement home at the time, and
suffering from dementia, and unfortunately when I came to visit, she didn’t
recognize me, nor my daughter, and it was hard to say goodbye and come back
to Canada, knowing that it would be the last time I’d see her. Indeed a few
months later she died…
I’ve released a video for that one that makes the meaning clearer.

So, it’s a pretty sad song, but it’s in a major key and rather upbeat,
because I like bitter sweet songs with contrasts, and after all life is
often bitter sweet, but we all try to make the most of it.

You are a tremendous supporter of Indie Artists, how did that come
about?

Since I’ve decided to reach out on social media (only 9 months ago!), I’ve
met many artists, some very talented unsigned people who are also trying to
promote their music and try to find an audience. I’ve virtually ‘met’
hundreds of artists who are amazing, yet virtually unknown, and unable to
earn a living from their music, and it broke my heart.

I’m old and I know I have no future in this industry, I don’t show my face
as a reaction to the image obsessed society we live in, and I do music that
is far from mainstream, so I’m pretty much off the tracks for any kind of
wide industry recognition…

Still, I felt that one thing I could try to do was to support younger
artists, try to promote them, share them as widely as I can. Actually, it
comes pretty naturally to me, because I’ve always been sharing the music I
loved, since my teenage years and onward, I’ve always been in a group of
friends passionate about music, and one of the thing we were often doing was
to share our discoveries, you know, like “have you heard the latest xxx?” or
“you should listen to that album from yyy? It’s fantastic!”, and music was
very much a part of our lives.

Somehow, what I do on social media is just an extension of this, and I
consider everyone as my friends and fellow music lovers. And I don’t believe
in competition when it comes to music… To me it’s a sharing experience, a
communion.

And I’m trying to do more, like writing reviews or presenting some songs I
like on radio shows. I feel that it’s the way to go, and we are all in the
same boat, and it includes indie radio, blogs, journalists like you, that I
consider indie partners, we’re all trying to share our love for music and
make it heard as widely as we can.

What was the biggest musical challenge you’ve ever experienced?

Having spent 15 years off of music, not really practicing or playing,
because of the various curve balls life had thrown at me, when I finally got
the time and energy to go back to it, I realized that I had lost all my
technique… It was hard at first, because I had been very technically
proficient before, especially as a guitarist. I had studied and practiced
for years and years to be a session musician and I had reached a really good
level. But I realized that it was mostly gone, and I couldn’t really play
the kind of music I was playing back then. So, it forced me to take a
different approach to my writing, making simpler music, but try to reach
deeper in the emotional side of music, instead of the technical side. In the
end, I believe it actually helped me write better music, not trying to “show
off” if you will (something that a lot of younger guitarists do), but trying
to find that perfect note, that perfect feel, that expresses something
deeper. This is why I believe I gained a lot of maturity in the process.

What advice would you give to a new Indie Artist?

I’d say unless you are really passionate about it, run away and get a job!
Well, you will need one anyway, ah ha!

On a musical level, I think I would tell them to learn as much as they can,
practice, listen and learn from as many genres as they can, play with other
musicians of different backgrounds, be able to play anything. Then forget
about the technical aspects that you have mastered and just play with your
heart and soul, let the music flow, but also let it breathe, you need to
learn when to play and when not to play. And learning when not to play is as
much important, as Miles Davis said ” Don’t worry about playing a lot of
notes. Just find one pretty one.” and ” You have to know 400 notes that you
can play, then pick the right four.”

On a promotional level, I’d say network with your peers, share their music
as much as you share yours. I actually wrote about that in one of my blog
posts, https://ghostlybeard.com/blog/blog/win-win – about we should all
forget about the “battle of the bands” attitude because it doesn’t make any
sense online where the stage is ours to take anyway, and the fans are there
by the millions, so let’s forget the competitiveness and adopt a sharing
mindset, this can benefit all of us.

I will soon release a new single, called “Going Away”, which is a rocker
that concludes the album on a positive note, just to show that it’s not just
about sad stuff, and to show different aspects of the kind of music I love
and do.

There will be a new official video for this one too, I’m working on it at
the moment with my friend video director who has worked on a few others for
me before.

On another note, I’m going to be more and more involved in artists rights
defense in the future, I’ve been discussing with many artists lately, also
with partners, there is a sea of discontent among artists, and a lot of
movements rising to defend their rights, and we’re working on organizing
ourselves under one collective to try and affect some change, educate the
public about the challenges faced by unsigned artists, etc. So, stay tuned
for that too!

Drifting dreams and the dark side of the moon