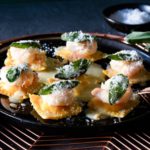 The Blind Beggar Pub is Poppin’

I remember when I first moved to Calgary and I was inexperienced in terms of which bars to go to, so naturally I turned to my more experienced friends to make those types of decisions for me a lot of the time. I can easily say I was never disappointed. I recall one of the first bars I had ever frequented being The Blind Beggar Pub, where a good friend of mine used to perform shows on weekends, as he was a musician. Naturally I came to show my support (and drink beer) and soon enough it became one of my favorite places to hang out. Keep in mind this was before they closed it down and “set up shop” a block down the road where they replaced the old Hooters in the parking lot beside the popular nightclub “Marquee” (but we’ll get into that a little later.)

The old Blind Beggar embodied an old-school English punk/grunge kind of theme, and by the time the weekend rolled around the place was always packed to the tits. Not only are the regulars very friendly and open (probably because of the booze, let’s be real) the staff are great too. Shout out to manager Krista for always making my experience there a pleasant one.

I remember when rumors circulated about them closing down and re-establishing themselves in a new location. I was relieved upon receiving the news that they were only going to be another block away. So as I stated previously, they ended up replacing the old Hooters (which I was a little disjointed by because, well, boobs and wings! Hello!) and I ended up attending the night of their grand opening. It was packed. I got a personal tour of the entire place by the manager Krista (I felt like V.I.P not gunna lie) and I can honestly say it’s probably the most shocking and drastic transformations ever. If you have seen the old location versus the new one you know what I’m talking about. It reminds me of those shows where they flip houses… like Love it or List it or something. They expanded so much in terms of spaciousness. It went from grunge to ultra-class but retained a very homey kind of vibe. They have a bigger stage now too which is way more ideal for when they host special events on the weekend. I haven’t personally tried the food there, but it is to my knowledge that they have completely revised their menu.

The history of the Blind Beggar Pub goes so much deeper though! Get this!

“The original Blind Beggar Pub is in London on Whitechapel Road. It was built in 1894 on the site of an inn established before 1654, and named for Henry de Montfort who lost his sight in battle in the 13th century, and became the Blind Beggar of Bethnal Green. The story of how he went from riches to rags became hugely popular. The Blind Beggar is known as the site on which the Salvation Army started. Founder William Booth preached his first sermon outside in 1865. The Blind Beggar is notorious for its connection to East End gangsters the Kray twins, who used the pub as their headquarters during their reign of terror during the 1950s and 60s.

Reginald “Reggie” Kray (1933 – 2000) and Ronald “Ronnie” Kray (1933 – 1995) were identical twins and the foremost organised crime leaders dominating London’s East End. Ronnie was known for his violent outbreaks and suffered from paranoid schizophrenia. The Krays were involved in armed robberies, arson, protection rackets, violent assaults including torture, and murder. On 9 March 1966, Ronnie Kray shot and killed George Cornell, an associate of rival gang the Richardsons, as he was sitting at the bar.

As West End nightclub owners, they mixed with celebrities such as Frank Sinatra, Judy Garland and Diana Dors, as well as politicians. This gave them a perceived respectability and in the 1960s they became celebrities in their own right, being photographed by the likes of David Bailey and appearing in interviews on television.

They were eventually arrested on May 9, 1968, leading to convictions and sentences of life imprisonment.” Read more on this here.

Very interesting stuff indeed. The Blind Beggar certainly has a very rich history, which adds to it’s overall awesomeness in general. My favorite feature that they have on Saturdays are their $5 pitchers of Basshead and for those who like to indulge themselves in beer and need a pick me up the next morning they also have their $5 Caesar special. There’s nothing like a greasy breakfast and a Caesar to cure your hangover the next morning in my opinion. Definitely something to opt for. Also something noteworthy is that all their taps are all regional craft beers so you have the option of trying the newest and best draught beer on the local market. They also offer over 25 British beers to choose from plus a fully stocked back bar. As I mentioned before live music is a staple of theirs, and if you’re interested in checking that out they host live shows every Wednesday and Saturday. Perhaps I will schedule to see one and write about it for you guys to check out. More to come on that soon. The Blind Beggar puts over 400 bands and acts through their pub every year so as you can see, there’s certainly no shortage of entertainment and fun to be had.

Cactus Club Cafe is the Place To Be